A Haskell tutorial: from nothing to something useful 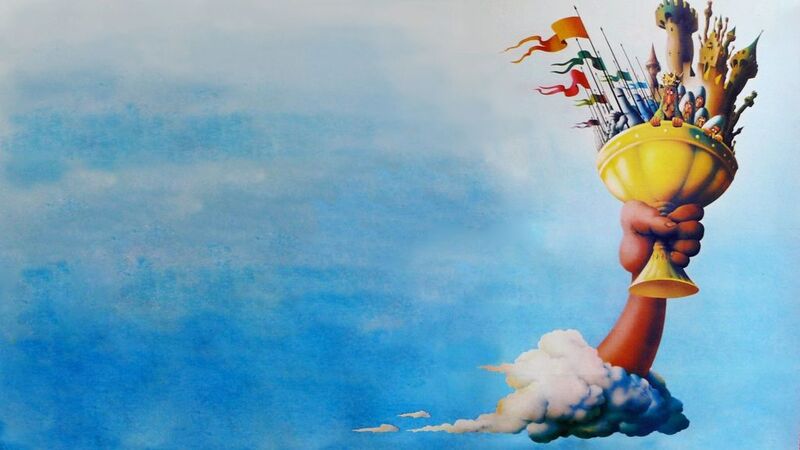 tl;dr: Learn how to start a new Haskell project. Translate a starter tool written in zsh in Haskell using its own result.

“Good Sir Knight, will you come with me to Camelot, and join us at the Round Table?”

In order to work properly with Haskell you need to initialize your environment. Typically, you need to use a cabal file, create some test for your code. Both, unit test and propositional testing (random and exhaustive up to a certain depth). You need to use git and generally hosting it on github. Also, it is recommended to use cabal sandboxes. And as bonus, an auto-update tool that recompile and retest on each file save.

If you are starting to understand Haskell but consider yourself a beginner, this tutorial will show you how to make a real application using quite surprisingly a lot of features:

☞ zsh is by its nature more suitable to file manipulation. But the Haskell code is clearly more organized while quite terse for a multi-purpose language.

☞ holy-project is on hackage. It can be installed with cabal update && cabal install holy-project.

I recently read this excellent article: How to Start a New Haskell Project.

While the article is very good, I lacked some minor informations1. Inspired by it, I created a simple script to initialize a new Haskell project. During the process I improved some things a bit.

If you want to use this script, the steps are:

What does this script do that cabal init doesn’t do? 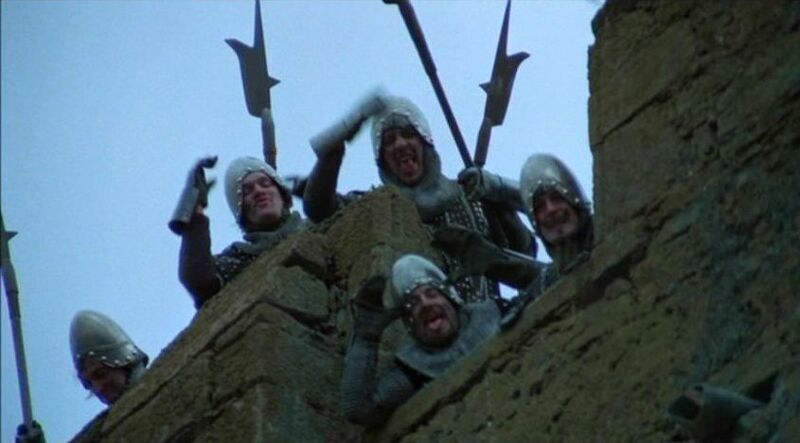 Developing the script in zsh was easy. But considering its size, it is worth to rewrite it in Haskell. Furthermore, it will be a good exercise.

In a first time, we initialize a new Haskell project with holy-haskell.sh:

The different steps are:

So, apparently nothing too difficult to achieve.

We should now have an initialized Haskell environment for us to work. The first thing you should do, is to go into this new directory and launch ‘./auto-update’ in some terminal. I personally use tmux on Linux or the splits in iTerm 2 on Mac OS X. Now, any modification of a source file will relaunch a compilation and a test. 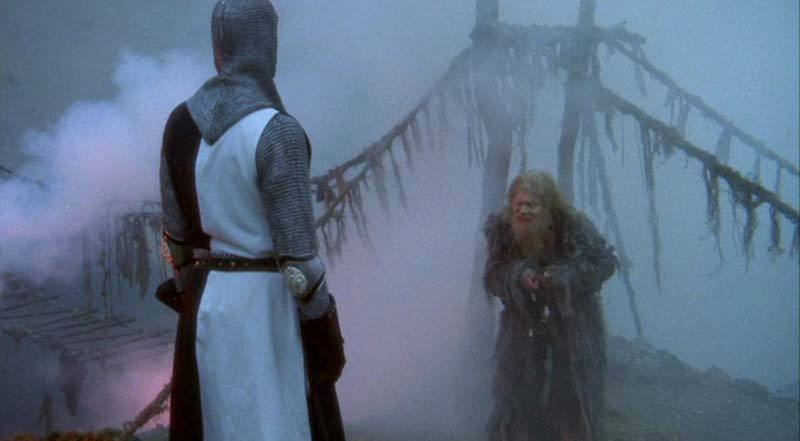 To print the introduction text in zsh:

In the first Haskell version I don’t use colors. We see we can almost copy/paste. I just added the types.

Now let’s just add the colors using the ansi-terminal package. So we have to add ansi-terminal as a build dependency in our cabal file.

Edit holy-project.cabal to add it.

We could put this code in src/Main.hs. Declare a main function: 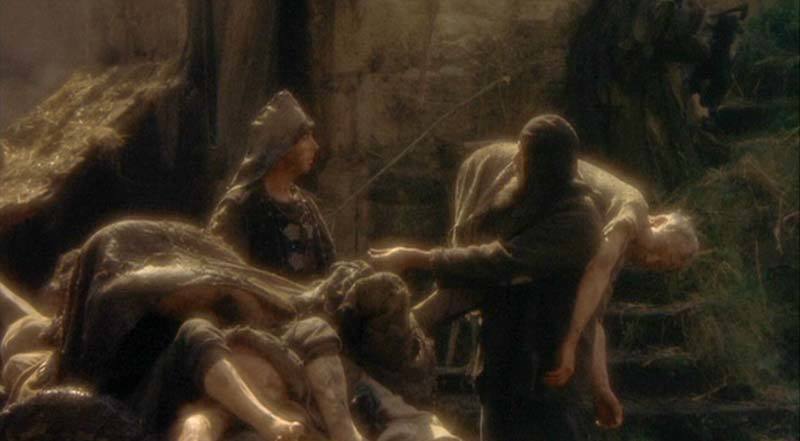 In order to ask questions, here is how we do it in shell script:

If we want to abstract things a bit, the easiest way in shell is to use a global variable2 which will get the value of the user input like this:

In Haskell we won’t need any global variable:

You could test it with cabal install and then ./.cabal-sandbox/bin/holy-project.

We will see later how to guess the answer using the .gitconfig file and the github API. 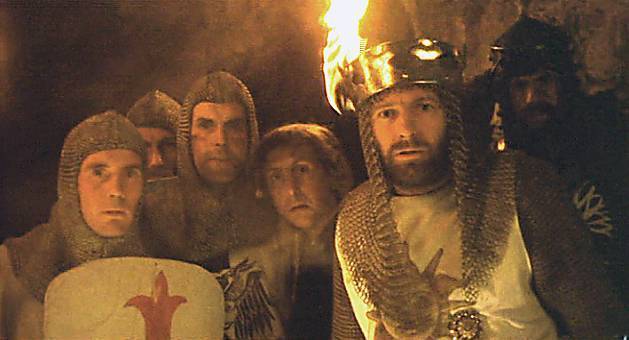 I don’t really like the ability to use capital letter in a package name. So in shell I transform the project name like this:

In order to achieve the same result in Haskell (don’t forget to add the split package):

One important thing to note is that in zsh the transformation occurs on strings but in haskell we use list as intermediate representation:

The module name is a capitalized version of the project name where we remove dashes.

The haskell version is made by hand where zsh already had a capitalize operation on string with many words. Here is the difference between the shell and haskell way (note I splitted the effect of concatMap as map and concat):

As the preceding example, in shell we work on strings while Haskell use temporary lists representations.

Also I want to be quite restrictive on the kind of project name we can give. This is why I added a check function.

Which verify the project name is not empty and use only letter, numbers and dashes: 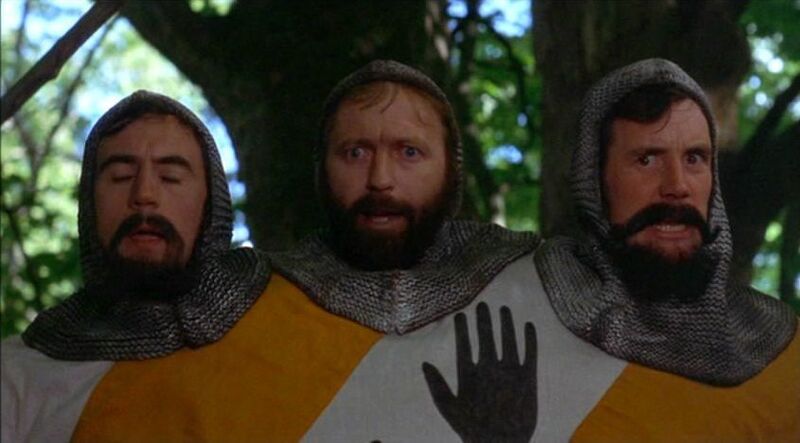 Making a project will consists in creating files and directories whose name and content depends on the answer we had until now.

In shell, for each file to create, we used something like:

In Haskell, while possible, we shouldn’t put the file content in the source code. We have a relatively easy way to include external file in a cabal package. This is what we will be using.

Furthermore, we need a templating system to replace small part of the static file by computed values. For this task, I choose to use hastache, a Haskell implementation of Mustache templates3.

Cabal provides a way to add files which are not source files to a package. You simply have to add a Data-Files: entry in the header of the cabal file:

Now we simply have to create our files at the specified path. Here is for example the first lines of the LICENSE file.

It will be up to our program to replace the {{year}} and {{author}} at runtime. We have to find the files. Cabal will create a module named Paths_holy_project. If we import this module we have the function genDataFileName at our disposal. Now we can read the files at runtime like this:

A first remark is for portability purpose we shouldn’t use String for file path. For example on Windows / isn’t considered as a subdirectory character. To resolve this problem we will use FilePath:

In order to use hastache we can either create a context manually or use generics to create a context from a record. This is the last option we will show here. So in a first time, we need to import some modules and declare a record containing all necessary informations to create our project.

Once we have declared this, we should populate our Project record with the data provided by the user. So our main function should look like:

Finally we could use hastache this way: 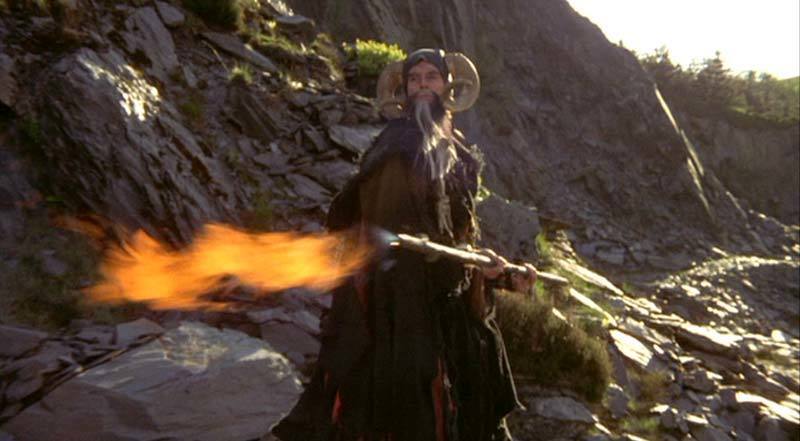 We need to initialize git and cabal. For this we simply call external command with the system function.

Our job is almost finished. Now, we only need to add some nice feature to make the application more enjoyable. 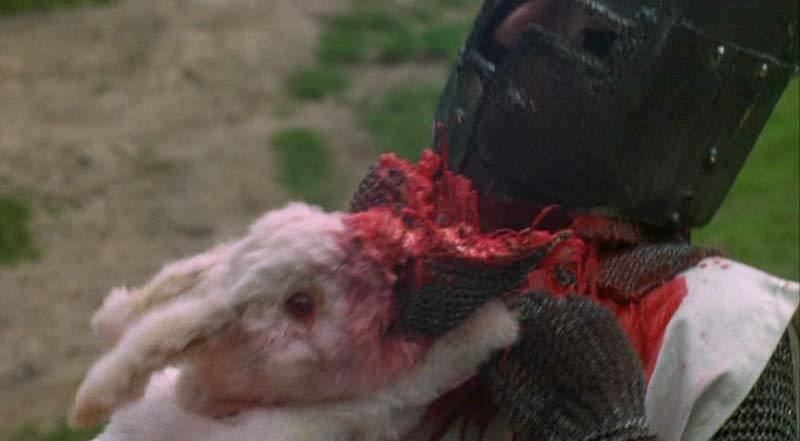 The first one would be to add a better error message.

And also update where this can be called

We want to retrieve the ~/.gitconfig file content and see if it contains a name and email information. We will need to access to the HOME environment variable. Also, as we use bytestring package for hastache, let’s take advantage of this library.

We could note I changed the ask function slightly to take a maybe parameter.

Concerning the parsing of .gitconfig, it is quite minimalist.

We could notice, getNameAndMail doesn’t read the full file and stop at the first occurrence of name and mail.

Use the github API 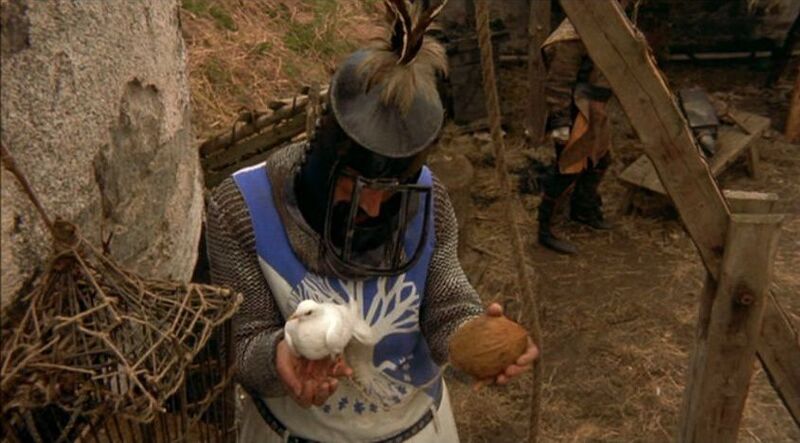 The task seems relatively easy, but we’ll see there will be some complexity hidden. Make a request on https://api.github.com/search/users?q=<email>. Parse the JSON and get the login field of the first item.

So the first problem to handle is to connect an URL. For this we will use the http-conduit package.

Generally, for simple request, we should use:

But, after some research, I discovered we must declare an User-Agent in the HTTP header to be accepted by the github API. So we have to change the HTTP Header, and our code became slightly more complex:

So now, we have a String containing a JSON representation. In javascript we would have used login=JSON.parse(body).items[0].login. How does Haskell will handle it (knowing the J in JSON is for Javascript)?

First we will need to add the lens-aeson package and use it that way:

It looks ugly, but it’s terse. In fact each function (^?), key and nth has some great mathematical properties and everything is type safe. Unfortunately I had to make my own jsonValueToString. I hope I simply missed a simpler existing function.

You can read this article on lens-aeson and prisms to know more. 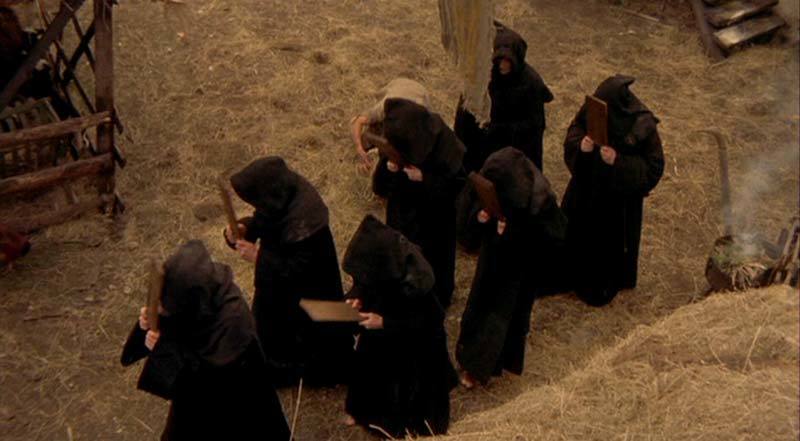 We now have all the feature provided by the original zsh script shell. But here is a good occasion to use some Haskell great feature.

We will launch the API request sooner and in parallel to minimize our wait time:

While it might feel a bit confusing, it is in fact quite simple.

If you have a github account and had set correctly your .gitconfig, you might not even wait.

We have a working product. But, I don’t consider our job finished. The code is about 335 lines.

This is quite few. 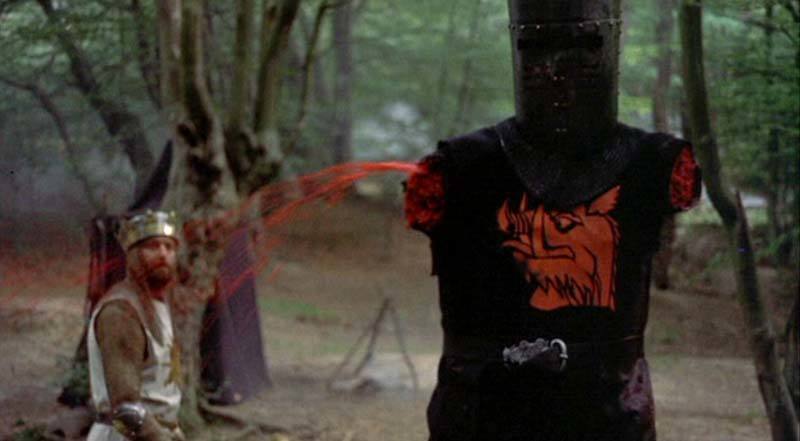 For short programs it is not obvious to split them into different modules. But my personal preference is to split it anyway.

First we put all content of src/Main.hs in src/HolyProject.hs. We rename the main function by holyStarter. And our src/Main.hs should contains:

Of course you have to remember to rename the module of src/HolyProject.hs. I separated all functions in different submodules:

One of the benefits in modularizing the code is that our main code is clearer. Some functions are declared only in a module and are not exported. This help us hide technical details. For example, the modification of the HTTP header to use the github API. 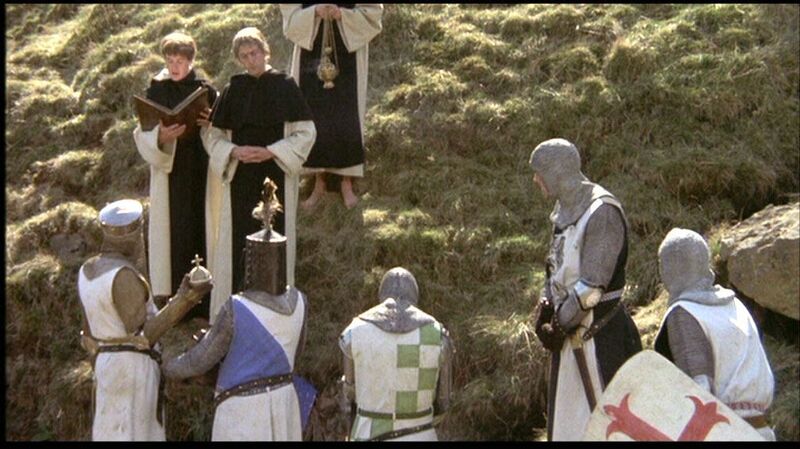 We didn’t take much advantage of the project structure yet. A first thing is to generate some documentation. Before most function I added comment starting with -- |. These comment will be used by haddock to create a documentation. First, you need to install haddock manually.

Be sure to have haddock in your PATH. You could for example add it like this:

And if you are at the root of your project you’ll get it. And now just launch:

And magically, you’ll have a documentation in dist/doc/html/holy-project/index.html.

While the Haskell static typing is quite efficient to prevent entire classes of bugs, Haskell doesn’t discard the need to test to minimize the number of bugs. 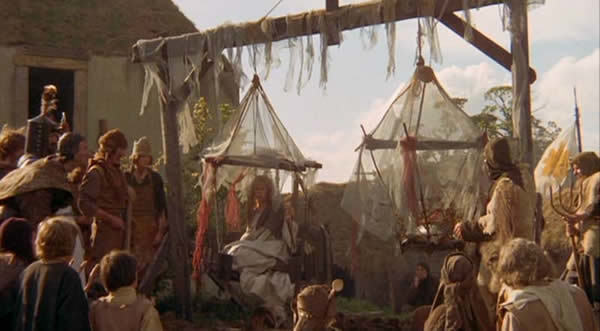 It is generally said to test we should use unit testing for code in IO and QuickCheck or SmallCheck for pure code.

A unit test example on pure code is in the file test/HolyProject/Swallow/Test.hs:

Note swallow is (++). We group tests by group. Each group can contain some test suite. Here we have a test suite with only one test. The (@=?) verify the equality between its two parameters.

You have to modify your cabal file. More precisely, you have to add HolyProject.GithubAPI in the exposed modules of the library secion). You also have to update the test/Test.hs file to use GithubAPI instead of Swallow.

So we have our example of unit testing using IO. We search the github nickname for some people I know and we verify github continue to give the same answer as expected.

Property Testing with SmallCheck and QuickCheck 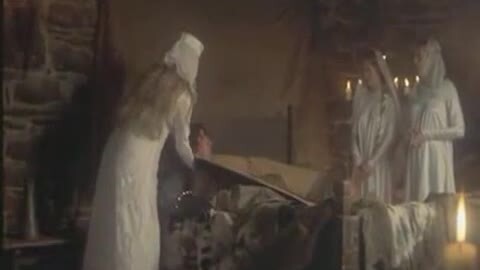 As this kind of verification of property is mostly doable on pure code, we will test the StringUtils module.

So don’t forget to declare HolyProject.StringUtils in the exposed modules in the library section of your cabal file. Remove all references to the Coconut module.

Modify the test/Test.hs to remove all references about Coconut. Create a test/HolyProject/StringUtils/Test.hs file containing:

The result is here:

The test fail, but this is not an error. Our capitalize function shouldn’t be idempotent. I simply added this test to show what occurs when a test fail. If you want to look more closely to the error you could do this:

It is important to use ./interact instead of ghci. Because we need to tell ghci how to found the package installed. 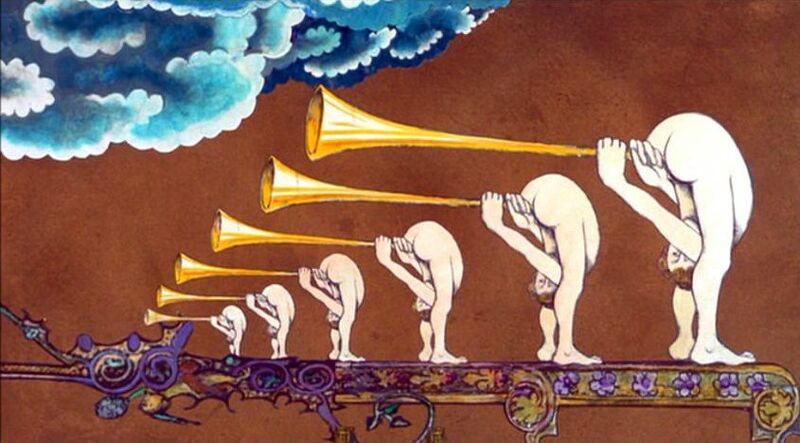 Now you could start programming in Haskell and publish your own cabal package.